Comprised of more than 250 ethnicities, Nigeria is a true cultural mosaic. Nevertheless, it is plagued with internal conflicts which have marred its history since independence in 1960. After the murderous Biafra war, it has today been plunged yet again into violence by the Islamic sect, Boko Haram, a terrorist group, which never ceases attacking Christians and which has been the cause of thousands of deaths and the displacement of more that 1.7 million children in the Northeast part of the country.

The Catholics in Nigeria are generally very pious, very given to devotional practices, and are easily capable of spending hours in prayer in the Church. They go to confession often and make an effort to live their faith each day. Their natural disposition to religion plays a key part in this fervour, but it’s mostly the heritage of the Catholic missions of yesteryear. 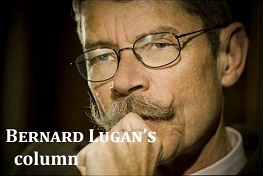 Nigeria does not exist any more. That colossal State of 932 000 km2 populated by over 140 million inhabitants, where nature and history have outlined three main regions dominated by three main populations surrounded by a multitude of minority ethnic groups, had, by the way, never existed before the British colonization.

In April 2007 a northern Muslim from the ethnic group of Haoussa, Umaru Musa Yar’Adua, was elected at the head of the state. As a governor of the State of Katsina, he had introduced the Sharia. His mandate was to be four years long, but he died in 2010, that is to say one year before the end of his term and his vice-president, Goodluck Jonathan, a southern Christian from the ethnic group of Ijo, allied to the Ibo, succeeded him, as the Constitution says.

The political crisis which then burst out and accelerated the current events, lies on two interpretations of that tacit agreement and of a recent political practice saying that the presidency should be operated in turn by a president from the South with a vice-president representing the part of the country not in charge of the highest public service of the State.

At the time of the 2011 presidential election, the northern Muslims considered that, as the Mandate of a president from the North had not run up to its term, the acting president was to step back to let one of them be elected at the head of the federal State. Goodluck Jonathan, considering that the turn of the northern ones had gone, applied for the place. He was elected at the close of a clearly ethnic regional ballot. The country was then cut in half, the North with a ballot in favor of a northern Muslim candidate as a whole, and the South in favour of a southern Christian candidate, as the map clearly shows.

Since 2009, a fundamentalist Muslim movement, which name is Boko Haram, has been bathing the North of Nigeria in blood, in trying to exacerbate the fracture between the North and the South of the country in order to force the independence of the North and turn it into a theocratic state in the tradition of the emirates of the XIXth century. That movement has amplified, based on the geographical, anthropological, ethnic, historical and religious foundations, which is turning this huge region lying on the borders of Nigeria, both Niger and Cameroon , into a prime center favourable to its movement.

First Boko Haram launched attacks against Christians in order to induce them to leave the region, then they attacked anything representing the Nigerian State. In 2004, the movement got into a phase of territorial conquest, managing to drive away the army and the federal administration from huge areas in the North of the country. That strategy resulted in massive slaughter in the villages accepting the federal authority and the policy of terror illustrated by the kidnapping of schoolgirls in order to paralyse the populations and prevent them from resistance. The army and the federal government are militarily powerless in what has become a war between North and South. The federal army of Nigeria being perceived as a foreign occupying force by the northern population, has been, up to now, just able to take blind reprisals which has driven the population down the road toward radicalization.

As the federal army of Nigeria is mainly composed of southern Christians terrorized by Boko Haram’s methods, it retreated to its barracks, giving away a part of the region to its adversaries. At the end of August 2014, Boko Haram placed part of the supervised territories under the rule of an Islamic caliphate. Nigeria does not exist any more and Niger, Cameroon and Chad may experience Islamic turmoil in turn.